Fixed a problem with CellFill plotting when using the mpFreeAspect parameter. Cells that were specially drawn to fill in the edges of the plot were not appearing in the correct location. Now it works as expected and most of the special handling was able to be removed. Fixed a problem with HDFEOS5 attributes where they were all being processed as string types whether or not they really were. Fixed a problem where non-geographic 2D plots were not being drawn correctly. The "Spherical" transformation was incorrectly being used for all types of 2D coordinate overlays, when the more general "Curvilinear" transformation should have been employed.

Please visit the documentation for this function for more details and a work-around. This has been fixed for NCL Version 6. The default mode where ListSetType f, "cat" does work. To check for the existence of any file, regardless of what kind of file it is, use the new fileexists function. Log" file will not be generated. These functions currently only taper to the series mean. Here's a sample script that demonstrates the problem in V6.

This means that missing value areas will now be transparent rather than filled in the background color. If you are drawing raster contours over maps and have missing values in your data, you may now see gray-filled missing value areas instead of white-filled areas. This is not a bug. Graphics display tools like gv, gs, evince, and ImageMagick's display depend on ghostscript; older versions of ghostscript have a bug that is sometimes triggered by raster graphics containing transparent cells output to PostScript.

This bug was fixed sometime between versions 8. Updating your version of ghostscript should fix this issue. Printing double-precision values You will see more precision when printing doubles with functions like print. This could cause a problem if you are using print or other printing functions to write to ASCII files, where you are expecting a certain precision.

Essentials of a Theory of Language Cognition

This is how these functions have always been documented. This behavior was confusing to many users and was more complicated than initially intended for these functions. In the future, we hope to introduce other functions for matching using regular expressions. Changes to map drawing behavior Previously, drawing a polyline around the equator, for example, could be specified using 2 element arrays in X 0.

Now, however, in order to eliminate a number of ambiguous situations and to make user code simpler in most cases, a new behavior has been introduced: the line between 2 points on the globe always follows the shortest path. In the example above, the new behavior leads to a 0-length line. Now the recommended approach for drawing a line around the equator is to use four points, such that the distance from one to the next is always less than degrees. For example you could use longitudes 0. It is possible to use only three points with longitude 0.

This new behavior should considerably simplify the code required to ensure that lines crossing the prime meridian follow the desired trajectory. It applies as well to polygons. Fixed issues with reading multiple NetCDF4 files. Fixed issues handling groups with special characters. If a center id is not recognized, NCL still gives a warning but the center attribute will be set to "unknown", rather than eliminating the attribute.

This has been fixed, and now a warning about an invalid ptable file is issued.

A warning is still issued for these parameters. Fix for problem of excessive memory growth when using addfiles to read many GRIB files.

Added a new naming convention and a new set of attributes to handle GRIB1 variables with "time period indicators" greater than These indicate various types of statistical processing. Implemented support for JRA55 Japanese year reanalysis project. This required supporting alternate definitions for certain level types and statistical processes where the JRA55 has local definitions that are different the NCEP definitions. Fixed a problem that occurred when the first record of a variable is missing. Contouring improvements See the above section on a significant change to raster contouring.

There are significant improvements to the speed of raster contouring. There is alpha-level support for using OpenMP to generated raster graphics using multiple threads. Currently using more than 9 or so threads sometimes causes artifacts to appear in the plot.

Why is the C Programming Language Still Used?

Also using map projections other than cylindrical equidistant may result in lines appearing at the edge of the blocks assigned to each thread. The CellFill contouring method can now render data on unstructured grids, including triangular grids, quadrilateral grids such as HOMME, and geodesic grids with 5, 6, or more sided cells. The outlines of each cell can be rendered by setting the resource cnCellFillEdgeColor to a non-transparent color.

Also to avoid errors, the resources sfXArray and sfYArray must be specified. However, this requirement will be eliminated in the future. In most cases, users can now have constant or near-constant fields rendered as a filled area, rather than having the contoured area remain blank. In order to activate this behavior, set the newly implemented resource, cnConstFEnableFill , to True.

By default, the constant field informational text box will still appear; turn it off by setting cnConstFLabelOn to False. Better error reporting in situations where out-of-range lat-lon coordinate values cannot be handled.


The error message suggests a possible fix for the problem: switching to use of the triangular mesh algorithm for plotting. Previously, an object was created for every segment added, which could cause thousands of objects to be created. Now, only one object is created. Note, too, that the use of these two functions is not really needed, since attaching shapefile polylines and polygons is now simplified.

When regridding to or from an unstructured grid , a triangular mesh is generated internally by NCL. This can be a slow and memory intensive operation, so a new option was added to allow the user to input their own triangular mesh via SrcTriangularMesh or DstTriangularMesh. 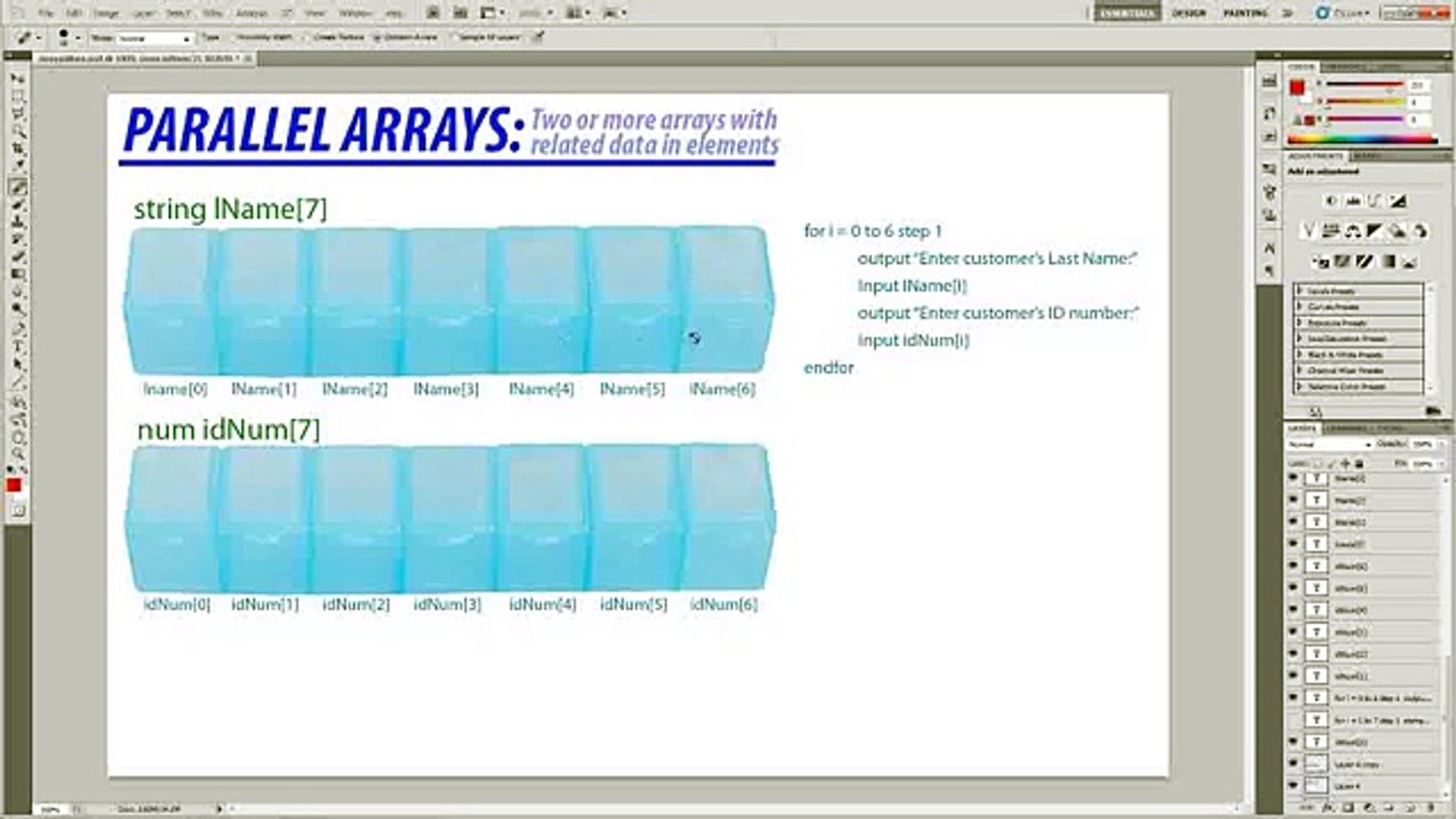 Improvement to "thin line" graphical issue On rare occasions, plots from postscript, pdf, or SVG workstations may exhibit faint, light-colored gaps between adjacent filled regions. The effect is most noticeable when the regions are of the same color, and share a long, straight boundary. This artifact is believed to be caused by a bug in the underlying cairographics library.

The problem has been reported to them. We've improved the appearance of the plots by implementing a temporary internal work-around for NCL V6. See the two sets of images below for comparison click on either thumbnail to see the problem more clearly. The first set of images is a modified version of the "ng4ex" example " cn05n ". See the "bugs fixed" section below about a bug fix to lspoly. It is the preferred function for performing multiple linear regression.

It is the preferred function for performing simple linear regression. This is useful for discovering the RGBA values encoded into the high-numbered integers that may be returned from performing a getvalues call for a color-related resource such as cnFillColors. Note this function does not currently work for color indexes less than that are dependent on the setting of wkColorMap. New graphical resources cnConstFEnableFill - Setting this to True will force constant contour fields, or fields that fall between two contour levels, to be filled in the appropriate color or shaded pattern.

Using this resource can significantly speed up code we saw one script run 80 times faster that is adding thousands of segments to a plot. It should be used to set what method to use when adding polygons to a map plot. The default is "AutoPoly", meaning that the drawing code decides which type of polygon to draw based on the great circle distance of each component line segment, and on the polygon's graphic style attributes.

If the great circle distance of any component line segment is greater than 10 degress or if any fill pattern other than solid is in effect, the "standard" method that was used in NCL versions 6. Otherwise a faster method introduced in version 6. The faster method may sometimes fail for polygons that have complicated crossing with the visible edges of curvilinear map projections. You can view and download these color tables now via the color table gallery. The library is being made available on a preliminary basis to gauge user interest and to gather further use-cases and requirements.

Updated functions All 'date' related functions in contributed. For example, " It takes the same arguments, but uses a different algorithm under the hood. You can get the "old" pre NCL V6.

There should be minimal effect on user results. The bug will have little or no impact on most users. Note that there is a potential incompatible change with this fix.